Two-time grand slam winner Marat Safin is swapping tennis whites for business suits after being elected to the Russian federal parliament, the Duma. 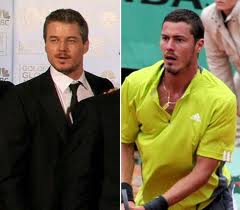 The former world number one, who was elected to the 450-seat lower house of Russian parliament, said he had thought long and hard about what to do with his life after his sporting career.

“I could go and make commercials left and right and pretend like I am a celebrity, but that is not me,” he said.

“This is a completely new life, a new way of thinking, new way of doing things that’s nothing to do with tennis or sports at all.

“But the two things definitely have one thing in common and that is that you need to have a character.”

Safin, 31, is a member of Vladimir Putin’s United Russia Party and will represent the Nyzhny Novgorod region, about 500 kilometres from Moscow.

United Russia is expected to win the election with a reduced majority, but the weekend poll has been widely criticised both inside and outside Russia, with widespread allegations of voter intimidation and vote rigging. 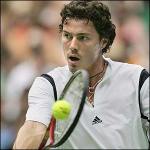 Overnight former Soviet leader Mikhail Gorbachev called for the elections to be re-run and the opposition vowed to stage new rallies contesting the result.

Sampras went down to Safin in the 2000 US Open, handing the Russian his first grand slam win.

“In 20 years Marat will be the president of Russia,” Sampras said.

“Marat is going to go a long way.

“He is very intelligent and articulate and he’s good with people, and that’s half the battle with being a politician.”